The Story of The Three Little Girls has generated a great deal of conversation (on and off line) about the role parents play in getting their children to take responsibility. More than one parent has talked to me about the difficulty of trying to be fair and listen to both sides of a conflict.

While it is true that each party in a conflict usually bears some responsibility, our job as parents and educators is to teach children how to take full responsibility for their actions. Otherwise, they can give themselves a pass, and not do the hard work of learning new behavior. They can’t control what other people do, but they can gain mastery of self.

I like to use a trip to the principal’s office as a place where students can learn those new behaviors and develop their social skills. When a student is sent to my office for disrespectful behavior the conversation often goes something like this:

“Why are you here?”
“I don’t know. Mr. Soandso sent me. It’s not fair.”
“Well, what did you do?”
“Well, Mr. Soandso…”
“Wait, I don’t want the whole story, I just want to know what you did that caused you to be here.”
“Well, Johnny…”
“No. First you say ‘I’ and then there is a verb.”
“I threw the ball over the fence.”
“That doesn’t sound bad enough for you to be sent here. Why would Mr. Soandso send you here?”
“Because he told me to put it away in the ball bin.”
“Well, that makes sense. Do you think that makes sense?”
“Yes, but…”
“Don’t go there yet. First I want you to tell me what was wrong with that and then what you are going to do about it.”
“He said it was disrespectful.”
“Well, do you agree?”
“Yes, but…”
…and so on until he gets it.

I don’t allow the conversation to drift to the faults of the other party. I don’t concern myself with what is fair or unfair. I simply insist that the student identify the part he played and then take full responsibility for his behavior. That’s a teachable moment. 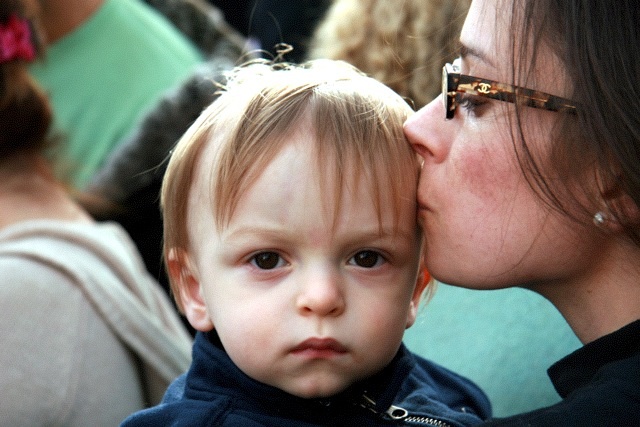