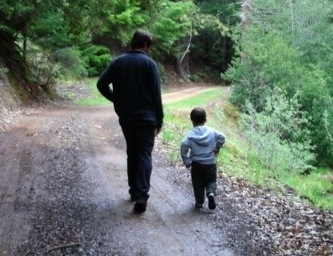 How truthful can we be with kids?

“I decided to have Luke when I was 49. Why a single man would suddenly decide to have a child at that age is another story, but I did. I did the whole thing: I used an egg donor, my own sperm, and found a surrogate to carry Luke. Last week, as I was making coffee, Luke asked: ‘Where did I come from?’

“Well, I told him the facts as simply as I could, and had to use some big words that he probably didn’t know. But yesterday a psychologist told me I shouldn’t tell him all that. It is not age-appropriate. Kids should be kids, and adults should not let the adult world intrude upon it. What do you think?”

I told Jim that while, yes, we should not force kids to grow up too fast, he was absolutely right to “tell it like it is” to him. He was right to try to use words Luke would understand; at the same time not to worry too much about the big words he doesn’t. On the one hand, kids should certainly be allowed to be kids, and adults should not impose their adult agenda on them. On the other, we should not be afraid of children’s exposure to realities, concepts and experiences that are over their heads. These two apparently inconsistent positions are both true.

One important factor is that Luke asked the question. There is a big difference between imposing adult knowledge on kids and kids choosing more knowledge. Children from birth are charged by an internal drive to thrive in the world, and to do this they were born with a reality-testing mechanism. They sense what they need to know. Responding to a question about this world as accurately as is humanly possible is a critical adult role.

Another factor in resolving the contradictory advice is that children only absorb what they can absorb. What their cognitive structures are not capable of comprehending is handled in three basic ways. 1) Things that don’t make sense sometimes take the form of a question that rattles around in a child’s head—sometimes for years. Such questions can be powerful forces for learning. 2) Some data that does not fit the five-year-old’s mental structures causes what Jean Piaget calls cognitive dissonance. The cognitive tension builds until a new mental reorganization takes place. 3) What is meaningless is ignored or forgotten—“in one ear and out the other.” All three processes are healthy and growth producing. Only the most terrible of experiences leave wounds like post-traumatic stress disorder.

Life is not to be sailed through painlessly without struggle, challenge, problems, suffering, loss, failure and experience with death. Rising to these challenges requires a good decision maker, and making good decisions requires a good reality-testing mechanism. Building the RTM requires a lot of practice organizing incoming data, making decisions with it and then checking against results. The more complicated the data the better. Shielding children from facts, being “positive” instead of accurate, over-simplifying, and other forms of distorting reality compromise a person’s RTM and hinder preparation for life. Helping children apprehend surprising reality is a necessary component of preparing them for it.

Children are designed to take a much wider range of input of all sorts than most adults realize, and when they ask for it, we should give it to them, and give it to them as straight as we possibly can.