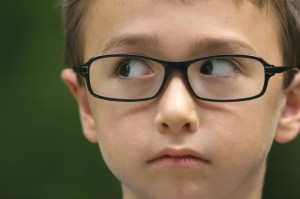 Margaret had a classic class clown in her second grade one year. Ruben was smart, active, inquisitive, and made the class laugh several times a day, disrupting Margaret’s lessons. She found him infuriating, but fury was not recognized as an acceptable professional approach. By the third week of the year, she was sending him into the hallway for a “timeout” as a regular practice. That Friday, she lost her temper and sent Ruben to the principal’s office.

Over the weekend Margaret worried, thought, wondered, pondered, stewed, and talked to a friend about what she should do to fix this problem. Only three weeks of school! It just couldn’t go on like this. Nonetheless, Monday morning she arrived at school without a plan.

Luckily, Ruben was the first student into the classroom that morning. She stopped her class preparations, and gave him her usual big smile that accompanied her usual friendly, “Good morning, Ruben.”

“Did you have a nice weekend?”

“It was hilarious! I loved it.”

“I know. I love that movie. I have watched it a hundred times.”

Then, Margaret suddenly had an inspiration. “You are a comedian, aren’t you?”

“YES!” He said with his biggest grin ever and even a little embarrassment.

“I know. I see that in you.” And just then another student came in.  Margaret greeted him and then went back to preparing for class.

Now, Margaret had an idea. She lay in wait for Ruben as she and the class went through her planned activities. Her moment came sooner than expected.

As one student was leading the calendar-based math activity, another one piped up: “The red ones are all odd numbers.”

Ruben jumped in with “That’s odd.” Everybody laughed, including Margaret. “That’s funny,” she said. “You made a pun.”

The lesson continued, and Margaret kept her ears open.

A few minutes later, Ruben responded to another student’s observation with a sarcastic remark. The student slumped.

“That’s not funny, “ said Margaret. Ruben’s face fell. He participated constructively with no more jokes until recess. In his reading group after recess Ruben made another joke and Margaret laughed, “That’s another good one.”

For the rest of the day Margaret pointed out good jokes, and simply said: “That’s not funny” to ones that were distracting, hurtful or disruptive. Before long Ruben was working with her instead of against her, and Margaret had her best teaching year yet.

When I told this story to a parent, she said, “Brilliant. But when I get mad, I can’t think of anything creative on the spot. How can I be this brilliant in the heat of the moment?”

We all have this challenge, but we can rise to it if we commit to several things:

2) Buy time. One parent I know says: “This is such an important issue. I am going to have to give this some thought.” (This works as a response to misdeeds, and to challenging questions as well.)

4) If at first you don’t succeed, try, try, try again. (We can all get better with practice.)

It is a lifelong challenge and necessary for success in all our relationships, not just with children.