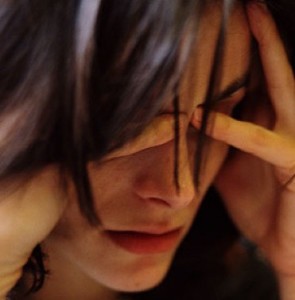 Last week a key line in Daphne’s mother’s email to me was: “…parents are trying to be the best parents they can be (and can be quite unforgiving of themselves for the mistakes they make.)”

The very same day Daryl’s mother sent me this: “rick, heard you loud and clear on daryl’s first day. when i asked him what he was most looking forward to in second grade, he responded ‘my mistakes.’ I kid you not. It really happened! :-)”

It made me proud and happy to hear this. Daryl had learned in kindergarten that it is good to make mistakes. He is in school to learn, and mistakes are great ways to learn. His first grade teacher had the same attitude, and in fact by September of 2010, the faculty and parents at Daryl’s school had embedded the idea that mistakes are good into the culture of the community. The faculty had read Carol Dweck’s Mindset over the summer, and in the discussions that followed had latched onto the idea that a learning community must be a safe place to make mistakes. In fact, they had taken this one step further by actively teaching their students to value mistakes. I wandered into a fifth grade science class one morning last September as the teacher was writing the word “failure” on the white board and inviting the students to talk about the value of failing.

The context in which learning takes place at school is more powerful than the teacher, the curriculum, the class size, the textbooks and the technology all put together. The context of learning at home is equally important. If parents create a learning community at home, they are doing the best they can to raise their children well. Trying to raise kids perfectly is one of the biggest flaws in a learning community.  One of the reasons is that no one human can do everything right all the time—either in the classroom or in the kitchen. Kids are half-right half the time anyway (sorry, but that might mean that adults are half wrong half the time.) So the best that a parent can do is work to create an ethos where everyone makes mistakes and everyone learns together.

There are two reasons a perfectionist should want to have children: 1) they want one and 2) it will mollify their perfectionism. We are going to make mistakes. We must learn to forgive ourselves.

Mignon McLaughlin wrote: “Most of us become parents long before we have stopped being children.” (The Second Neurotic’s Notebook, 1966) That certainly is my excuse for the mistakes I made with all four of my children and my one stepdaughter. Many years ago I was talking with a cousin at the funeral of a favorite uncle and found myself telling her how bad I felt about how I had messed up my children. She said: “Oh, Ricky, don’t you know? We all mess up our children. It’s set up to be that way.”

But to make things more complicated, we often don’t even know whether something we do is a mistake or not. We certainly don’t know at the time, and we might never know.

One summer evening when my niece, Sara, was three, I was supervising her as she swam in her grandparents’ pool, the rest of the adults having gone in half-an-hour earlier to start dinner. At six o’clock the call came from the kitchen: “Time for diiii-nnnnner!”

Sara ignored me. She continued paddling by the edge of the pool not four feet from me. She didn’t even look at me. When her head was out of the water, so I could see that she could hear, I said: “Let’s go, Sara. They called us to dinner.” I got no reaction.

It feels bad to be ignored. It’s rude. I said with some annoyance in my voice: “Come on, Sara. Get out of the pool.”

Still, no reaction; so in anger I said: “Sara, it is time for dinner. If you don’t get out by the time I’ve counted to three I will get you out.”

“Two,” still no reaction, but at what would have been two-and-a-half she looked up at me.

“Three,” and I reached into the pool and pulled her out.

Of course it hurt at the time. We don’t like to hear “I hate you” from someone we love.  But today, it is obvious that my behavior was not a mistake. “If you have never been hated by your child you have never been a parent.”  ~Bette Davis. Moral: don’t let your kids guilt-trip you.

So, thank you, Daphne’s mother, for asking great questions. The answers are so important. Parents must do what their genius tells them to do, risking (could we try relishing?) whatever “mistakes” seem to flow from us. When it seems we have made a mistake, we must learn, find forgiveness, and go on to make the next one.

1) Making mistakes is good. 2) Who knows what a mistake is anyhow? 3) Being afraid of making mistakes might inhibit you from being yourself, and that would deprive your child of his or her most important possession: The Imperfect You.

2 thoughts on “Moms Must Make Mistakes (Dads, too)”