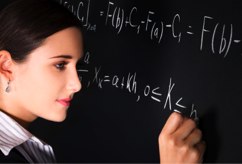 Because Sara was home sick for a week in October of her eighth grade year, her parents bought software so that she could learn algebra at home. When she got back to school she discovered that she was ahead of the class. When she told her parents, they said, “Well, good. That gives you more time to spend on other homework.” And she did. However, she also kept taking her online course in algebra.

In class, since she was so far ahead of what the teacher was teaching, what went on in class was like review for her, which was good, but before long, the difference between Sara’s abilities and the class was making the teacher uncomfortable. He told Sara to stop learning on her computer to let the class catch up with her, but she was having too much fun zooming through algebra. By the end of the month Sara was up to quadratic equations and had essentially completed the course that her class was only just beginning.

Rather than sticking to his stand that Sara should stop learning at home, the teacher began to let Sara exercise leadership in the class. In large group instruction, Sara could sometimes explain things differently. Also, in small cooperative learning groups Sara

was particularly helpful getting some students to see things in a different way and to explain why one approach to a problem was better than another. Thus Sara worked on her social skills, developed friendships, and continued to learn (just because you have learned to solve two linear equations by substitution, doesn’t mean you have mastered it). Sara got a lot of practice, had fun doing it, and got an education, too. Sara’s teacher was an educator, not just the purveyor of information.

What Sara’s teacher did is the kind of thing all teachers will do when they realize their business is education and not just the subject they teach. Even when their passion is their subject, educators understand that the student is their true project. Respecting Sara as a unique learner–a complex organism and not just a receptacle for content–is at the core of our business.

These days as the school industry is struggling to rediscover its core business, it might be good to take a chapter out of Jim Collins’ Good to Great. What schools can do that software can’t?

School is a place where people come together to learn those things that are best learned in community. Traditionally, it was understood that the business of school was to deliver the 3R’s using the authority of the teacher to make students work. The highest and best use of that most valuable resource the teacher, however, is not to make kids do stuff.

What can schools do that books and computer software can’t do? They can create learning communities where the interactions among students cause them to develop fully as humans. They can bring together great teachers who learn from one another in the infinitely difficult job of each day rededicating themselves to those mysterious creatures: their students. 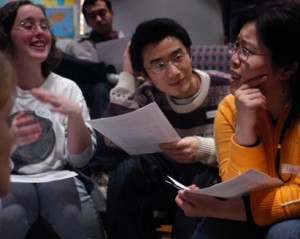 Studying history improved my mind, but it did so better when I engaged others in conversation about what I thought I was learning. In the process, I improved all aspects of my character; I became a better, stronger me. Great teachers have always known that their topics are mere vehicles for learning what is really important in life. Reforms will keep failing until Americans come to a deeper understanding of our core business.

It took a teacher to see the whole Sara, to believe in her and to lead her genius farther into the world. It takes an experienced adult to see in Sara things she doesn’t see in herself and to create the conditions for fulfilling her character. This is a worthy mission and usually what draws teachers to the profession and keeps them there when satisfied. I have always felt that school should also be an education.

3 thoughts on “What is the Business of School?”