Months ago in some online comment Janet Lansbury wrote: 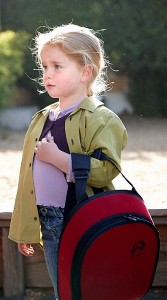 “Maybe it’s because I was encouraged by a mentor (infant specialist Magda Gerber) to view babies as whole people from the get-go, not my projects, not reflections or extensions of me, their emergent personalities never felt like my responsibility.”

That babies are whole people is actually a revolutionary idea and one that I hope takes hold in the hearts and minds of all those who care about not just babies but children and their education. Unfortunately, acting as if children are incomplete adults is still the dominant way, and ignores the fact that adults are incomplete, too.

Children when they enter kindergarten have already logged upwards of 43,800 hours of practice mastering the world. As they march or meander or charge or slink into school for the first time they actually ARE a “whole person” on their own mission to continue their brain development in the presence of other classmates, trusting the adults to present the appropriate challenges.

All good kindergarten teachers have learned the art of educating without controlling. Educators wants to lead the child’s character into the world, not direct it. They know that correct behavior is not sustainable if the motive for it does not come from within. Rather than seeing the child as the object of their efforts, they know it is more effective to see the child as 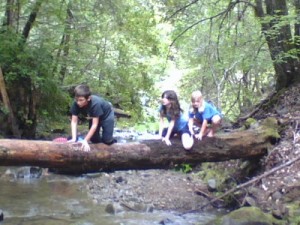 the subject of a marvelous story about a journey into the world: the story of a unique genius guiding our hero into adventures which present challenges she learns to master. In this respect the only difference between a five and a fifty-year old is the type of challenge they are taking on. Both remain relatively imperfect and relatively ready for the challenge.

I have a fantasy that someday the conversation at a parent-teacher conference will go something like this:

Parent1: “What have you noticed about my child’s genius.”

Teacher (big smile): “Just yesterday Malka did the coolest thing. She and her three other table mates were working on a math problem and the two boys were getting into an argument about the lowest common denominator. Malka patiently listened to the dispute for a minute and then calmly took a clean piece of paper, put it on top of the paper they were arguing over, leaned in, almost putting her head between them, took a pencil and showed them how she had done

the problem.  She was so compelling (and had the right answer) that they simply had to stop. She didn’t raise her voice. She almost didn’t say anything.”

Parent2: “Yes, but you know it’s more like she isn’t afraid of conflict. Remember when she was five and her cousins were over and started fighting over the remote and she tried to get them to stop and finally just went over to the TV and turned it off? That was amazing.”

Teacher: “Yes, she is actually fearless. I am going to start noticing how she handles conflict more. In fact, I will email you next time I see it in action.” 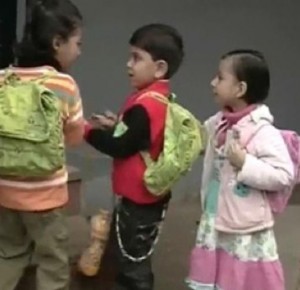 Of course, in a parent teacher conference it is important to go over academic progress and social adjustment, but bringing out the best in children requires keeping the child’s genius at the center of all those schooly discussions about reading challenges and math phobia and giftedness and attention deficits and making friends. In fact, how about this for a crazy idea: the student calls the conference and chairs the meeting? What if the student reported on what was hard and what was easy? After all, this is the meeting of the Malka support team, isn’t it? And who better to lead it than Malka herself?

Seeing children as whole people and incomplete just like the rest of us, will make us better at helping them make their way in the world.

8 thoughts on “Children Are Whole People”