Last week when I wrote that trying to be a “superior parent” is crazy, I seem to have been like the little boy who said: “The emperor has no clothes.” The idea that if children get only the three things they need (love, respect as a decision maker, and accurate feedback) they will turn out just fine hasn’t been said much. Once said, however, almost everyone nodded, cheered, or breathed a sigh of relief. Striving to be “The Best Parent I Can Be” is driving parents crazy. 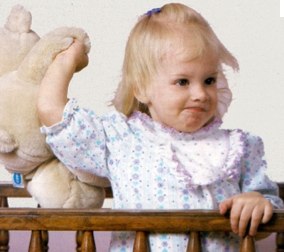 What about our children? Should they be striving “to be the best they can be?” We can pick up last week’s conversation where it left off with Wendy Young saying: “We don’t have to be real perfect, we just have to be perfectly real…., which all parlays into REAL opportunities to make mistakes, mess up and move onward and upward. Who could ask for more?” I went along with the sentiment until I realized that the children are asking for more.

Years ago in a conversation with the parents of a troubled teenage boy his father said: “Back when Matt was in seventh grade he said: ‘Dad, you keep telling me: “Just be the best you can be.” Stop it! It’s driving me crazy.’”

“What’s that about?” he went on. “I just don’t understand it. I am trying to take the pressure off, but the more I say ‘Just try to do your best,’ the more it seems to put the pressure on.”

When I talked to Matt he said: “What sucks about ‘just do your best’ is that they are saying my best is not really going to be very good.”

When my daughter, Lizzie (who is now an elementary school teacher), was in first grade she came to me with a stack of invitations to her birthday party. The envelope on top had LISA on it. She said: “Dad is this how you spell Liza?”

Lizzie gave me a look that said: “Don’t bullshit me, Dad.”

It cut the educator in me to the quick. How could I have been so disrespectful of her work? She wants to get it right, and here I am saying that it is okay to spell things any way you want. Sure, for pedagogical reasons we want to allow kids to use kid-spelling on the first draft, but when you go public with something you want it to be, well, perfect.

How to impose standards on kids? By not imposing them. Standards already exist. Kids want to know them more than we want them to. Children want to get it right. They inherently want to be great. However, in a culture which rewards only “number one,” being second best is synonymous with being a loser. I remember watching 10 eight-year-olds in a fifty-yard dash one bright spring day. Alex crossed the finish line, saw that he came in third, collapsed on the ground, and commenced beating it with his feet and fists. 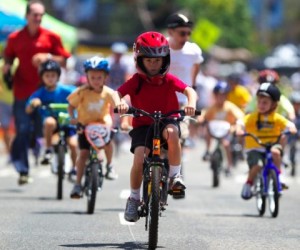 Yes, Alex’s Dad was the type who believed that his role in bringing out the best in his son was to keep holding him to high standards. Alex felt a great deal of pressure to be the best. (Anything less than an “A” was unacceptable.) Today, this is understood by many American parents to be bad parenting, and they do the opposite: something like, “Oh, don’t worry about that, just do the best you can do.”

However, the opposite of something bad is usually no better and often worse. The concept of excellence is killing us. Can our kids be excellent without being in first place? Schools’ awards ceremonies would suggest not. Everyone in America is trying to excel except those who have dropped out of the race. Most of us know that life is not a race, but can’t figure out how to be out of the race without being mediocre. How can we be both happy and successful? How can we let our kids make their own choices, and still hold them to high expectations and learn the joys of mastery? To master the piano they have to practice, but if we make them, it can be demotivating. What’s a good-enough parent to do?

13 thoughts on “Can the Good-enough Parent Demand Mastery?”