“I just want him to be happy” is the most natural thing for a parent to say; it can also be the most dangerous. Life has unhappiness built in. If it’s not one thing it will be another. We want to spare our children. We want to protect them from pain and rescue them from suffering. This is completely understandable, but it is not particularly constructive. In fact, it is self-defeating. The pursuit of happiness makes happiness increasingly elusive.

Moreover, those “unhappy” things: conflict, mistakes, failure, loss, disappointment and loneliness are where so much important learning can take place. Unhappiness can morph into happiness if we focus on learning.

When my son Peter was 20, he lost touch with reality. (It’s not uncommon with kids that age, and it’s very disturbing.) He and his therapist decided that a year off from college might be a good thing. He rented a room in the house of family friends in San Francisco and got to work on a novel. One day I met him at a café for a cup of coffee, and we had a good long talk.

We talked about it for a while—rather he talked and I listened. I wanted so much to help, but what could I do? Finally, I said, “Why don’t you do research on loneliness?”

“I don’t know. I mean maybe you could write down what it feels like—the thoughts you have when you are feeling lonely. Keep a record. Heck maybe there’s a second novel in it.”

And that was it. Our conversation continued, and I heard no more about it for years. But it turns out I had said a good thing. Years later we as were talking by the fire, he said, “Remember that time you told me to do research on loneliness? That was some of the best advice you ever gave me.”

Life will deal out suffering, despite our efforts to avoid it. Our children will be lonely; they will make mistakes; they will fail; they will lose, they will suffer disappointment and experience loss. Avoidance of such challenges compromises learning.

Sure, maybe we’ll get some time in the sun by the pool, but even at rest the brain is working. It’s consolidating, building on the learnings from yesterday’s challenges, and getting ready for tomorrow’s. That’s what “recreation” is.

Often I hear: Why do kids feel so entitled these days? How are 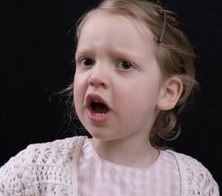 parents causing this? Is it the limitless access to stuff? The expectation of immediate gratification?

Feeling entitled to happiness can come quite naturally to American children from a combination of affluence, the need to alleviate pain in those we love, and our natural tendency to want “better” for our children. In America, why not? Sky’s the limit. What’s standing in the way? Nothing!

And that is what is standing in the way. “No Problem” does not yield happiness. It yields doldrums, aimlessness, and boredom.

Sometimes a challenge is thrust upon us by luck; perhaps our parents or teachers decided we needed it; perhaps we chose it ourselves; perhaps we inadvertently created it; perhaps it’s our karma. Where the challenge came from doesn’t actually matter. The trick is to treat all challenges as gifts.

The pursuit of happiness is an exercise in seeing challenges as opportunities to make decisions, create moments, and learn.

24 thoughts on “Entitlement and the Pursuit of Happiness”