Helen was playing in the sandbox in the park, when a brawl between a brother and sister broke out near her. Helen looked up from her work to see them arguing over a shovel, knocking each other to the ground. She watched intently for a while then calmly looked around, found two more shovels, and walked over to them. She handed one to the brother and the other to his sister. The fighting stopped, the girl handed Helen the shovel they had been fighting over, and they all went back to playing happily in the sandbox.

After marveling at this glorious human moment, the normal American reaction to the story is to remark on Helen’s empathy and consideration of others. To me, however, it is a story about how early in life children can be diplomats. It is also a story about what it means to be educated. 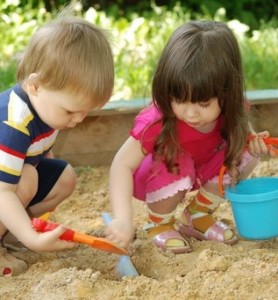 When the fight broke out, Helen’s mirror neurons made Helen feel what the siblings were feeling. Messages from those neurons went first to the amygdala, that reptilian part of the brain that releases adrenaline and sends a danger message to other parts of the brain: “Fight,” or “Get out of here.” Nano-seconds later a message went from there to the pre-frontal cortex, arriving about the same time as signals from other locations like messengers showing up at a President’s Cabinet meeting demanding a decision on what to do about this fight in the sandbox.

By now empathy has done its job, and the Cabinet has to consider many factors and decide on a course of action. You can almost hear the voices in the pre-frontal cortex: “This is not a typical fight-or-flight type situation.” “Completely, agree. We are not in danger here.” “Yes, but it is a little upsetting.” “What are they so upset about?” “They seem to be fighting over a shovel.” “Huh, that doesn’t make sense; there are plenty of shovels.” “I bet they are brother and sister. I’ve seen this before in families. The fight is never really about the issue they seem to be fighting over.” “Well, as you say, there are plenty of shovels.” “So, I think we have agreement on a next step. Go see if giving them these two shovels will take care of it.” “Right, boss.”

Empathy is necessary in social situations, but it is usually not what’s missing. What is often missing and also absolutely necessary is thoughtfulness: the never-ending human challenge of making correct judgments about these feelings (“Do those people actually feel what I feel they feel?”), and what to do (“Is my amygdala actually right? Should I get the heck out of here?”)

Our mindset that children are naturally selfish ignores the other half of being human: we are, also, our relationships. With the presumption of selfishness Emerson’s concept of self-reliance—central to American democracy—gets lost in a sea of self-absorption interrupted here and there by islands of lecturing about empathy and “character.” Helen was not being selfless or selfish; she was just being Helen: full of herself and working to be in harmony with those around her.

Helen is a normal neurologically intact human who has lived among other humans for 40 months. Yes, Helen is unique, but she is not abnormally gifted. Her brain has simply been working for about 28,000 hours on the challenge of being a social animal. “How do I handle myself in this situation?” Her answer reflects the social milieu she’s growing up in.

Notice Helen’s powers of observation and assessment, her problem-solving ability, her motoric mastery, her self-confidence, her social skills, and her facility with self-expression. What is impressive is the fullness of her thought. Her pre-frontal cortex is well educated. It got that way through thousands of hours of practice harmonizing her needs and wants with the needs and wants of others.

The distinctions we make between social-emotional learning and intellectual learning are artificial. The gulf we create in our minds between self and other is wrong. Both mistakes are seriously counter-productive.

What if we understood education as the process of becoming thoughtful? 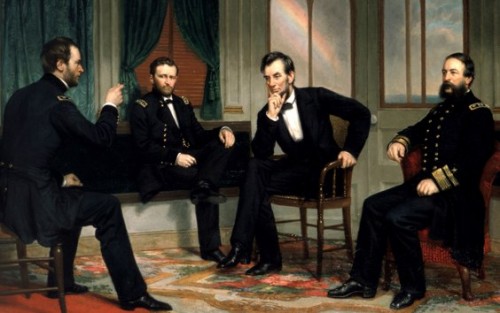