Bob and Carol have a blended family with two children each. Carol’s son Ben at 13 is the oldest of the four. Both parents work, so one of the challenges they have is having family time, all six of them together. Another challenge is finding time to be alone—just the two of them.

One Sunday, recently, Ben was ragging on his mother in that way that only 13-year-olds can, as she was trying to get dinner ready. Carol was leaving the next day on a business trip and, well, you can imagine the situation. Carol was still doing a good job of “keeping it together,” but the tension was beginning to tell in her voice.

Bob said, “Ben, let’s go outside for a sec,” and Ben obliged.

When Bob got them around the corner of the house, he faced off with Ben, and looking him intensely in the eyes said in a calm, clear voice: “Look, I need you to stop ragging on your mother. This is our last evening together for a while, and I need her calm. You go into the TV room. Watch TV or whatever you want to do. But shut the door and don’t come out until dinner. Then, come out and be nice to your mother. I need her calm and happy. Do you understand?” 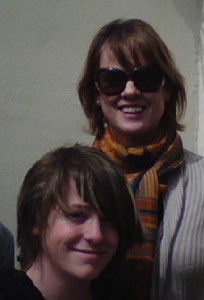 Bob got what he wanted, and Carol was grateful.

I heard this story, yesterday, as I was in the process of discovering—somewhat to my surprise—that the issue of spanking is not dead. Yes, there are a number of parents who actually believe in spanking—not just confess to spanking, but actually believe in it as the loving way to raise disciplined, responsible children. They believe there are two ways of parenting: spanking and spoiling.

The core problem is the notion that there is a right way to parent. Raising children is a dance containing the full range of human movement and emotion, in which all the members of a family experiment with, discover and develop the full range of their voice and vote.  Any parent who tries to “parent” the “right” way is making a mistake. Parenting is a process of growing up— and not just for the kids.

Here’s another story: A single parent I know (call her Sue) was becoming very frustrated at bath time. Her two-year-old daughter (call her Mattie) resisted taking a bath. Mattie was happy to be taught how to fill the bathtub and get the temperature just right, but as the bathtub was filling, “Okay, time to get undressed,” produced a rageful, “No. I don’t want to take a bath!”

Spanking advocates might advise that this direct defiance calls for a spanking to communicate: “Don’t you dare challenge my authority. When I say, ‘Time to take a bath,’ it’s time to take a bath!” punctuation mark!

Here’s what Sue did, instead.

In a calm, confident voice she said: “It is bath time. Do you want to show me you can do it yourself? Or do you want me to do it for you?”

When she got another, “No!” Sue picked her up and put her in the bathtub clothes and all.

Sue can’t remember any power struggles after that. 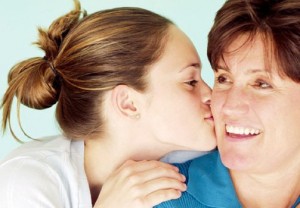 Did Bob or Sue “parent” in the “right” way? Creative minds can think of better ways, I am sure. What Bob and Sue did right was to be true to themselves in the moment. Their genius spoke to them, and they acted. At any point in time, this is what kids want from adults—in and out of school.

Sometimes, kids give parents and teachers a hard time simply to get them to stop being rule-driven and to start being soul-driven. Deep inside kids is a feeling: “I don’t trust any adult who makes her decisions ahead of time,” (Channeling an old Chris Rock line). Kids want to know where the adults stand, and there are a nearly infinite number of ways for adults to reveal who they really are.

Better to do something, be wrong and learn, than to go flipping through some parenting rulebook or blindly to do what your parents did to you. Yes, there are valid principles of good parenting, and the cardinal principle is not to obey them but rather to listen to your genius and to follow the dictates of your soul.

10 thoughts on “Positive Parenting vs Being a Parent = Reality Parenting”