Marty Dutcher, a colleague whose first career was early childhood education, told me about a guy named Tom he used to hang out with in his twenties. Tom especially liked to listen to Marty play the guitar.

On one day when Marty asked him to sing along, he said “I can’t. I’m tone deaf.”

“Who told you that,” asked Marty,

“She was wrong. She shouldn’t have said that,” said Marty.

“No, really you are not. If you were tone deaf, you wouldn’t enjoy my music,” said Marty, who then proved to him that he wasn’t. 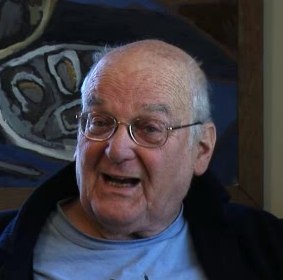 Liberated by this new discovery Tom learned to play the guitar, left his environmental teaching job, interviewed watermen and farmers all around the Chesapeake Bay, and wrote songs that came from his interviews. From that time until his death in 2010, Tom performed his music all around the bay to educate the public on the life of the people who made their livings from the bay. Marty played backup guitar on his first album, “Chesapeake Born.” His music is on the Smithsonian Folkways label.

One small intervention from a friend was all it took for Tom to become Tom Wisner, “The Bard of the Chesapeake” and to find the meaning of life.

The something we are becoming is often obscured by something we are hiding. When God told Moses he was going to lead his people out of slavery, Moses protested that it was impossible. He had a speech impediment. I can hear the conversation now, because I have heard this kind of conversation so often:

Voice: Your destiny is to lead your people out of slavery.

Voice: Don’t worry about a little thing like that. We’ll take care of it.

Tom had a similar conversation:

Voice: Tom, I want you to tell the story of Chesapeake Bay, and sing it throughout the land.

It happens to each of us whether we hear voices or not. Each of us comes into the world in pieces and each of us has a calling. Pursuing our calling is the vehicle for knitting all these pieces together into one. Don’t let a little thing like a disability get in the way of what you are supposed to be.

Here’s a conversation I didn’t have because dyslexia hadn’t been invented yet:

Voice: Ricky, I want you to get the world to stop underestimating children.

Ricky: That’s ridiculous. I can’t write? I can’t spell. I can’t even read. Don’t you know I have dyslexia, dysgraphia, ADHD and God knows what all? 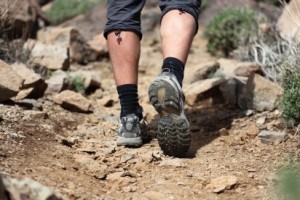 Often we don’t actually hear voices; we just get notions that seem to come from nowhere. Sometimes, we are just driven toward something and have to come up with a rationalization of what we are doing and why. In trying to tell others about it, some people find it useful to put words into God’s mouth, or claim our genius made us do it. Neurologically, it’s probably just the brain continuing its work of knitting itself together.

Years ago in New York City I had the following conversation with Nancy the art teacher at my school:

Me: “Studying algebra? Why are you going back to school to study algebra?” I asked.

Nancy: “Because I learned in school that I was no good at math. I am divorced from that part of my brain, and I want it back.”

I had almost the same conversation with the art teacher at my next school. She, too, had decided she had to go back to school to study mathematics for the same reason: part of her was missing.

My wife, who is so good with words, learned in grade school that she was no good with numbers. During the fourth year in her current position the top management at her company was required to take two online courses, one in accounting and the other in finance as preparation for a professional development week at the Harvard Business School. Beside herself with fear, she nonetheless plunged into the work and asked me if I would help her.

The mighty effort to overcome this fear took place at home in the evenings and lasted for two weeks. She forged through the accounting lessons, passed the online test, and then with even greater anxiety tackled the lessons in finance. I thought I would be needed for help with mathematics. As it turned out I was only necessary for emotional support. She figured out the mathematics on her own—in fact she got mad when I tried to give her an answer or explain something. Not only did she pass the test, she did better than some of her colleagues who were “math types.” 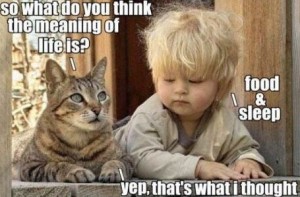 Life is about creativity—from birth to death we create. Whatever we do out in the world, on the inside we are creating a whole brain. When we start out we have about 100 billion brain cells making about 2,500 connections with each other. As it gets to work trying to organize our lives for us, it sets up nodes—little islands of mental activity all over the place. It spends the rest of its life trying to link them up and get them coordinated. One hopes that when we are done, it is clear that we have created a whole life.

We use words like integrity, wholeness and graceful when we get that feeling that “things are coming together.” Phrases like “comfortable in my own skin,” “Playing out of my head,” “Feeling complete,” express the experience that self-creation is working—at least for this moment.

My poor brain! Trying to make one mind out of thousands of disparate parts of brain must be exhausting. It works so hard to create meaningful structures to help me make my way in the world, and then things happen, and it has to reorganize all over again. No wonder I act weird, say stupid things, tip over wine glasses, offend people, get mad, and feel like I am going crazy sometimes.

This is why educators must be committed to transcending the generalizations we make about ourselves. We don’t want to get imprisoned inside notions like “I’m tone deaf,” or “I am a shitty writer,” or “I can’t do math.”

9 thoughts on “What is Genius? Part 3: Tom, Marty and the Meaning of Life”