Chloe went to the large urban grade school, and her parents were very engaged in her “education.” In fourth grade when Chloe’s homework was  too easy, her parents sent notes to the teacher. When she came home from school to report that the work was stupid, the parents set up a parent-teacher conference. Finally, in fifth grade they sent her to a school for gifted and talented kids that focused exclusively on making sure that each student was challenged academically.

Chloe’s social skills (never her strong point) became weaker and weaker, and her emotional outbursts were increasingly frequent and upsetting to those around her, but the thing about Chloe was that she was gifted. As she moved into middle school other labels could have attached themselves to Chloe (narcissistic, critical, selfish, socially challenged, dependent on adults for her happiness, etc.) but because “You’re very smart” is what was usually said, getting along with others was not required for a good self-image. At school she was allowed to work by herself and increasingly did so.

By eighth grade the parents were tempted to have her skip high school and go straight to college, but they settled on the city’s top progressive school, which later Chloe criticized as “sacrificing academic rigor in the name of community.”

What might you have said at a parent-teacher conference?

Sean went to a small rural grade school where 5th grade comprised five boys and a girl. The six kids were like siblings having been together since they were 4 years old. In fifth grade a new boy moved to town, and was not invited to the first birthday party of the year.

Sean was upset about this and asked his mother what he should do.

“Could you talk John [the birthday boy] into inviting the new boy?”

“That won’t work. Never mind. I’ll figure it out.”

Having learned the futility of arguing with Sean years ago, his mother let it go. But Sean didn’t. He decided to not go to the party (a big sacrifice because the boys all lived on farms and relished every opportunity to be with each other out of school.)  He bought John a birthday gift and without explanation told him he would not attend.

As luck would have it, the birthday party had to be changed because of a scheduling conflict, and during the two-week delay, John changed his mind and decided to invite the new boy. Sean went, of course.

Is Sean just another nice guy?

Sean’s mother said: “Sean has really good energy. He never coerces or explains—just states things simply.” But Sean’s father wished he were more assertive, more competitive and smarter (though his grades in school are good). Whose side would you be on?

The summer Sean turned 17 he worked on a crew paving roads. They decided to start work at 4 a.m. in order to finish early and beat the heat. One boy on their crew was late every day causing the crew to waste valuable cool hours.

One-day the crew’s boss told the crew to make the tardy one carry the tar gun all day as a consequence. (Carrying the tar gun was the nastiest and heaviest job—so hard that the boys took turns every hour.) As soon as the boys were in the truck to go to the site, Sean said, “Well, that’s not happening.” The boss never found out, and Mr. Tardy started showing up on time.

Chloe, who emailed home from MIT at least once a day, began wanting to drop out after two months of college. The work was stupid, her roommate was a jerk, and her friends were either work-obsessed geeks or party fanatics. In February she had a nervous breakdown, dropped out of MIT, lived at home, got a job in a clothing store, and graduated from college online at the age of 26.

Question # 1: We say Sean has integrity; we say he has character, but we don’t say he is smart. In the inner city, we might call him “street smart.” But does this kind of “social-emotional” intelligence only have value if you are unlucky enough to have to live by your wits on the street—or if you want to be liked in a small town?

Question # 2: When your child struggles with how stupid other people are, what kinds intelligence should you focus on in order to “make sure she is challenged”?

Today, Sean spends a lot of time traveling to St. Louis to make deals with lawyers who are often from New York. He says, “I beat them every time.”

“Those New York lawyers are highly competitive, and they think they are so smart. They argue over every word, but I have my eye on the key clause. I keep my cool and let them win the unimportant stuff. When it comes to the key clause, I simply say, ‘No. That one is mine.’ I always get what I want for my client.”

At the age of 40 Chloe is a lawyer working in the inner city helping the children of the homeless. I can tell from social conversations with her that she is beginning to get a grip on her intellectual arrogance.

Question # 3: Recent research by the likes of Daniel Goleman, Tony Wagner, Carol Dweck, Ellen Galinsky, Angela Duckworth, Walter Mischel can be distilled to one thing: success—academic and otherwise—is a function of well-developed pre-frontal cortex. A strong pre-frontal cortex is the result of a lot of internally motivated decision-making. Can we design our schools to teach to these tests?

The ones with their hands up first, the spelling bee winners, and those who read first aren’t always the smartest. “Slower ones” like Sean are not necessarily behind in the race to success. Research going back decade’s shows there is no correlation between SAT scores and any measure of adult effectiveness. Bill Gates and Steve Jobs are merely the flashiest, latest examples of how book-smarts camouflage most intelligences. We each have our own anecdotal evidence from personal experience.

And anyway, none of this has anything to do with finding your way in the world. For years Harvard has said they are looking for leaders; Stanford says they are not as interested in kids who will get a lot OUT of Stanford, but those who will put a lot IN. 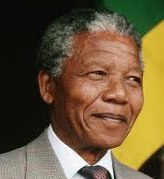 Education is not about the strength that is obvious. It is more complicated than that. Education is about the genius that will lead a person to the life they are meant to lead.

9 thoughts on “What is Genius and What is Gifted? (Part 4: Chloe and Sean)”